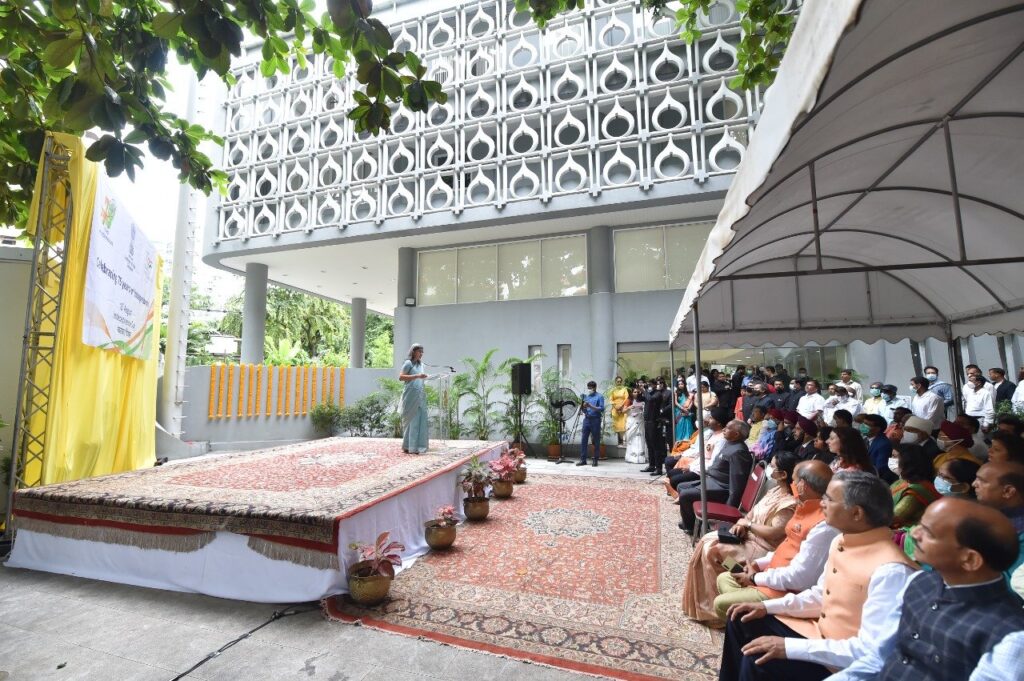 75 years of India’s Independence was celebrated at the Embassy of India, Bangkok, on 15 August 2022 with usual fervour. The National Flag was hoisted by the Ambassador of India to Thailand, H.E. Ms. Suchitra Durai, followed by singing of the National Anthem of India. Ambassador addressed the Indian community and the friends of India and read out the President’s address to the Nation. In her address, Ambassador highlighted that India’s vaccine roll out that began in January 2021 has reached more than 2 billion doses and that India has fully covered the adult population and is now administering booster or precaution doses. She also spoke about the joint handing over of Made In India Covovax vaccines to Thailand under the QUAD Vaccine Partnership initiative. She talked about the Government of India’s quick response to the challenges of COVID-19 by way of stimulus and recovery programmme under the Aatmanirbhar Bharat initiative. She also brought out the special significance of this year’s celebrations as it marks 75 years of establishment of diplomatic relations with Thailand. She briefly talked about the events organised to commemorate the 75th anniversary of our diplomatic relations, about the 2nd edition of North East India Festival held in Bangkok and the Embassy’s regular outreach events.

Ambassador’s address was followed by a cultural programme curated by Swami Vivekananda Cultural Centre  of the Embassy of India, which included a Bharatnatyam performance by Ms. Aarti Juthani, a rendition of ‘Vande Mataram’ on saxophone by Master Aryan Thakral and singing of patriotic songs by the members of Indian Women’s Club, Bangkok. Indian community volunteers were felicitated and handed over Certificates of Appreciation by the Ambassador for their contribution towards the service and welfare of the Indian community.

The Independence Day event was well attended by around 300 guests including eminent members of the Indian diaspora and friends of India. The event was live streamed on Facebook page of the Embassy as well as uploaded on Embassy’s You Tube channel. In addition, to mark the special occasion of Azadi Ka Amrit Mahotsav, the Baiyoke Sky Tower in Bangkok is illuminated with the colours of the Indian Flag on 15 August 2022.