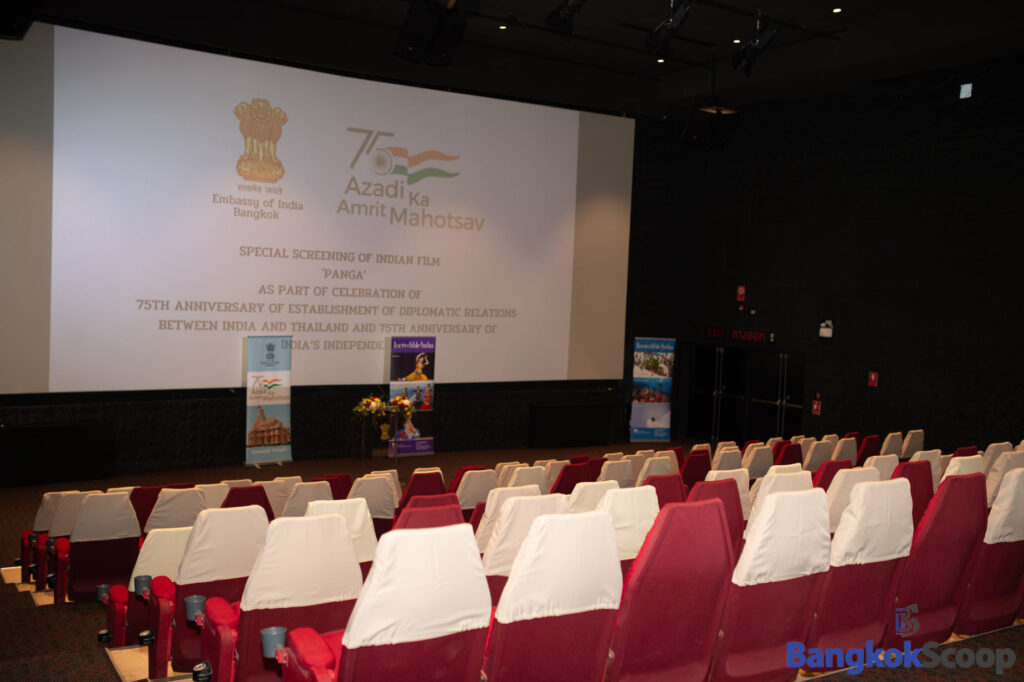 Embassy of India, Bangkok organised a special screening of Indian Film ‘Panga’ as part of celebration of 75th Anniversary of establishment of diplomatic relations between India and Thailand and 75th Anniversary of India’s Independence (Azadi Ka Amrit Mahotsav) on 13 March 2022 at Lido Connect-1 (Lido Cinema), Bangkok.

The film ‘Panga’ was screened with English and Thai sub-titles. It is a domestic drama, sports thriller, woman’s tale, directed by talented Indian film-maker Ms. Ashwiny Iyer Tiwari. Starring Ms. Kangana Ranaut, a leading and talented actor in Indian Cinema, who won the National Award for this film.

Panga has gained huge popularity in India and abroad. The film has been screened at various international film festivals, and won critical accolades.

Deputy Permanent Secretary, Ministry of Culture of Thailand, members of Thai Government, diplomatic corps, media and film industry attended the screening of the film. Ambassador of India to Thailand H.E.

Ms. Suchitra Durai spoke about the film and Kabaddi- a popular sport of India on which the film is based.

An evening well spent in the honourable company of the Ambassador of @IndiainThailand @suchitra_durai & some other renowned guests watching the #Indianfilm #Panga which was screened as part of the 75 anniversary of the diplomatic relations between Thailand & India.@RichardBarrow pic.twitter.com/PNFO9zu3Jt