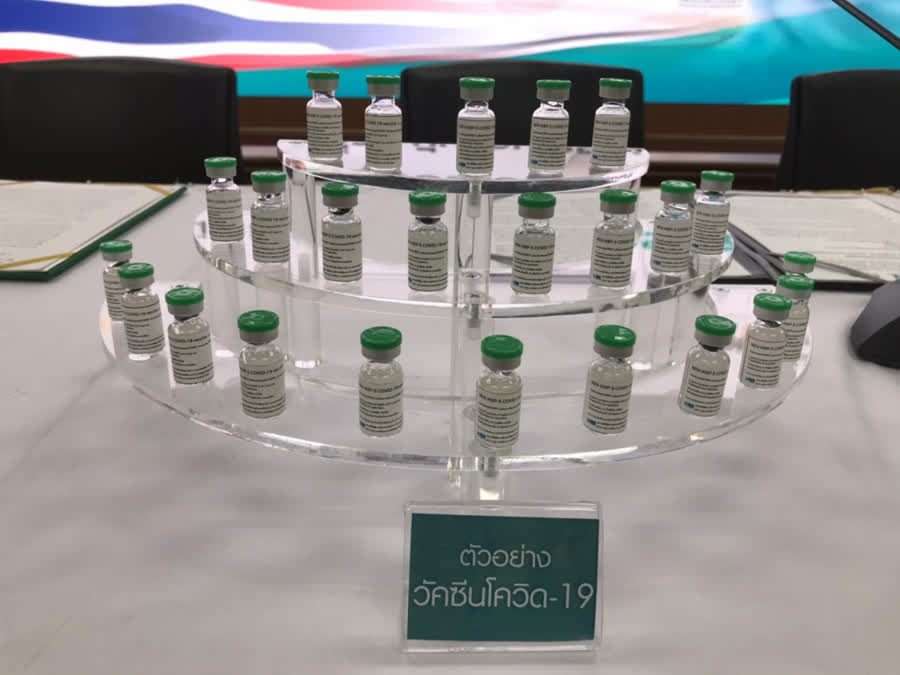 Thailand’s Government Pharmaceutical Organization (GPO) has reported that the results of the first phase of human trials of a COVID-19 vaccine candidate, being developed by the GPO and Mahidol University’s faculty of tropical medicine, are promising and the official results will be released next month.
GPO Director Dr. Vitoon Danwiboon said the first phase trial of HXP-GPOVac, which uses inactivated virus technology, has produced positive results in terms of safety and triggering an immune response. Samples have been sent for analyses in labs, run by the Department of Medical Sciences and National Science and Technology Development Agency, as well as to labs overseas.
He said two out of five formulae will be selected for the next phase, with a group of 250 volunteers, and the one showing most promise will be used in the trial’s third phase.
According to Dr. Vitoon, HXP-GPOVac was developed using a different technology, aimed at triggering immunity against virus mutations. It is also effective against the Alpha variant and tests are underway to determine its effectiveness against the Beta and Delta variants.