King’s Bangkok is ready to make Bangkok a regional education hub, opening the Senior School with a world-class faculty to raise Thailand’s academic standards to the international playing field.

Bangkok – King’s College International School Bangkok (King’s Bangkok) is ready to open its Senior School in August 2021 with teachers who have degrees from world-renowned institutes, following its successful opening in 2020 to students from Pre-nursery (age 2) to Year 6.


The Senior School will accept students from Year 7 to Year 10 this academic year and will open a subsequent year group in each following year until the school is fully open up to Year 13.
King’s Bangkok strives to produce well-rounded students who excel academically and are supported by individualised care and facilities suited to their age groups, at the same world-class standard of King’s College School, Wimbledon (King’s Wimbledon) in the United Kingdom.
Numerous members of the faculty at King’s Bangkok come from King’s Wimbledon and bring with them the spirit of King’s College School and its high academic capabilities, especially in teaching STEM (science, technology, engineering and mathematics). This will help prepare students for the world’s top universities, place King’s Bangkok as one of the best schools in Asia and raise Thailand’s academic standards to the international playing field, while also developing Bangkok into an education hub in ASEAN.
King’s Wimbledon has retained its reputation as one of the world’s most successful schools and has always ranked in the UK’s top schools. Over 25% of its students in the last seven years went on to study at Oxford or Cambridge, and over 90% were able to attend their first-choice universities, including Harvard, Princeton and Stanford in the United States.

Professor Sakorn Suksriwong, DBA, Chairman of the Executive Committee of King’s College International School Bangkok, said, “Since the founding of this school, what makes me feel the proudest is that many parents have come to thank me for creating a good school where their children are happy and eager to come and learn. Some said their children also thanked them for sending them to this school. A recent survey showed that nearly 100% of the parents said their children were happy and showed good development.”
“The school has put great effort and care into providing on-campus and online classes as it strives to realise its vision of becoming one of the best schools in Asia. We believe in providing the best resources to students to reach that goal,” he said.
“As for the academic year 2021 which will begin this August, the school is fully prepared in all aspects, including faculty, equipment and facilities. We are looking forward to welcoming new students into our family at King’s Bangkok. We would also like to express our sympathy and understanding to parents and students who have gone through difficulties and challenges caused by the current situation,” said Professor Sakorn.

Mr. Thomas Banyard, Headmaster of King’s College International School Bangkok, said, “Being a teacher is more than providing knowledge. A teacher needs to have a ‘teacher’s heart’. This heart must be ready to open up to understand. It must be strong and determined, yet gentle and kind. It must focus on nurturing an environment conducive to learning in order to help every child grow by learning new things and readying themselves for the world out there.”
“King’s Bangkok intensively screened over 5,000 candidates from around the world in order to recruit the best 70 teachers to the school. Each of them had to pass three rounds of interviews and prove that they have outstanding qualifications, possess a true teacher’s heart and share the same vision as ours,” he added.
“King’s Bangkok has also collaborated with King’s Wimbledon. In fact, some of the teachers from King’s Wimbledon with intensive teaching experience and exposure at world-class academic institutes have joined us. They will teach our students in Bangkok key subjects such as STEM and help guide them toward their dreams of entering a prestigious university like Oxford, Cambridge or King’s College London,” said the Headmaster.
Qualified teachers from King’s Wimbledon to teach key subjects at King’s Bangkok include:

Mr. Matthew Gibson, Deputy Head (Senior School), said, “The curriculum of King’s Bangkok is designed to prepare students for both IGCSE and A level examinations, which will pave a way to the world’s top universities. Mr Andrew Halls, who has been Head Master of King’s Wimbledon for over ten years and a prominent thought leader in UK education, believes the A level curriculum is most suitable for King’s Bangkok as it will prepare students for the world’s top universities without exhausting or excessively pressuring them. In addition, the students will enjoy the flexibility of choosing subjects that they think will best suit their goals.”
“King’s Bangkok has applied the knowledge and experience of King’s Wimbledon to its teaching methods in order to best prepare its students for the world’s top universities. In addition, the school’s own staff and external professionals will be available to assist each student in designing a plan for their life to maximise their chances of receiving the best opportunities while contributing to society,” he added.
With the goal to become one of the best schools in Asia that is able to prepare students for higher education and help Bangkok achieve the status of ASEAN’s education hub, King’s Bangkok is committed to developing its students in all aspects.
Its co-curricular programme not only aims for academic excellence but also provides plenty of opportunities for students to try out various activities such as sports, music and arts through different clubs and societies. The school’s pastoral care system will closely mentor the students and prepare them for the world’s top universities, while the house system will train students in life lessons, sports, leadership and relationships with other students.
King’s Bangkok offers world-class facilities designed to support proper child development, and students in the Senior School can use them for academic, sports, music, arts and other activities. These facilities include science labs, a FIFA-standard football turf, an indoor air-conditioned sports hall housing three basketball courts, an indoor jogging track, a climbing wall, an indoor Olympic-size saltwater swimming pool, tennis courts, a large library, over 17 music practice studios and a dance studio with a sprung floor. 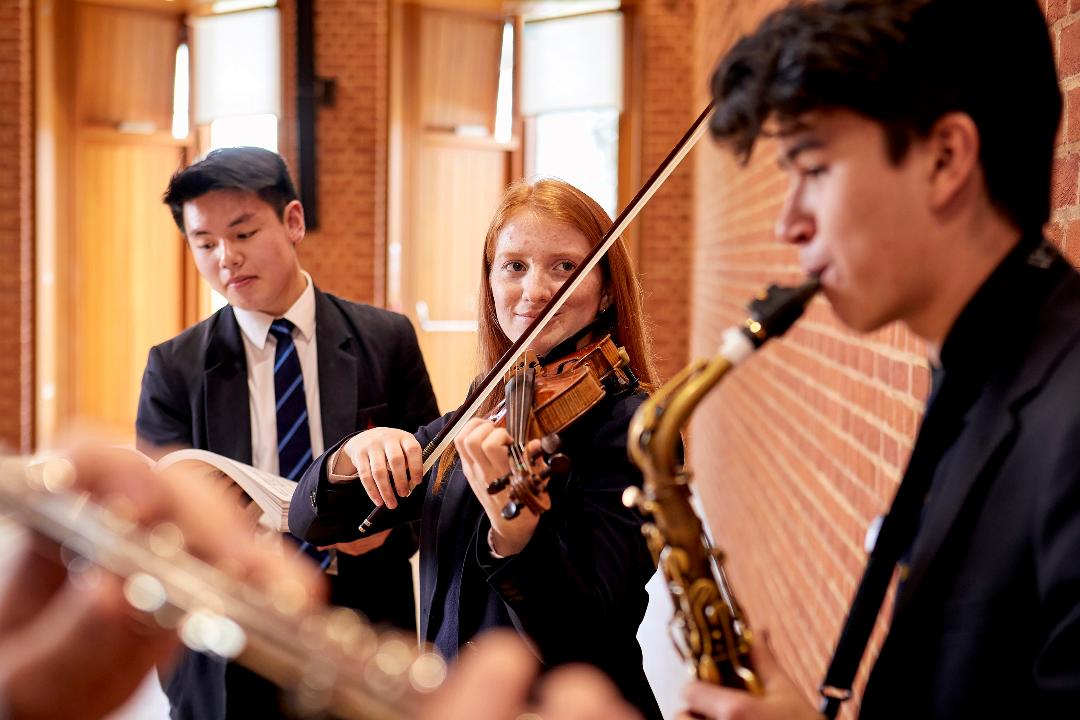 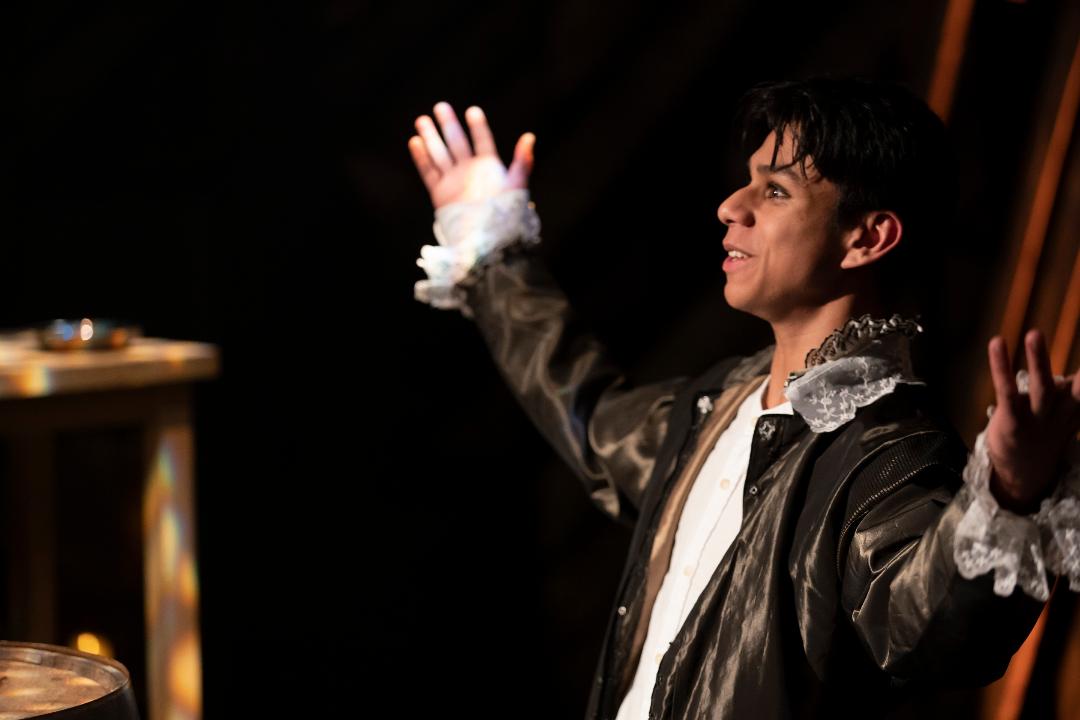 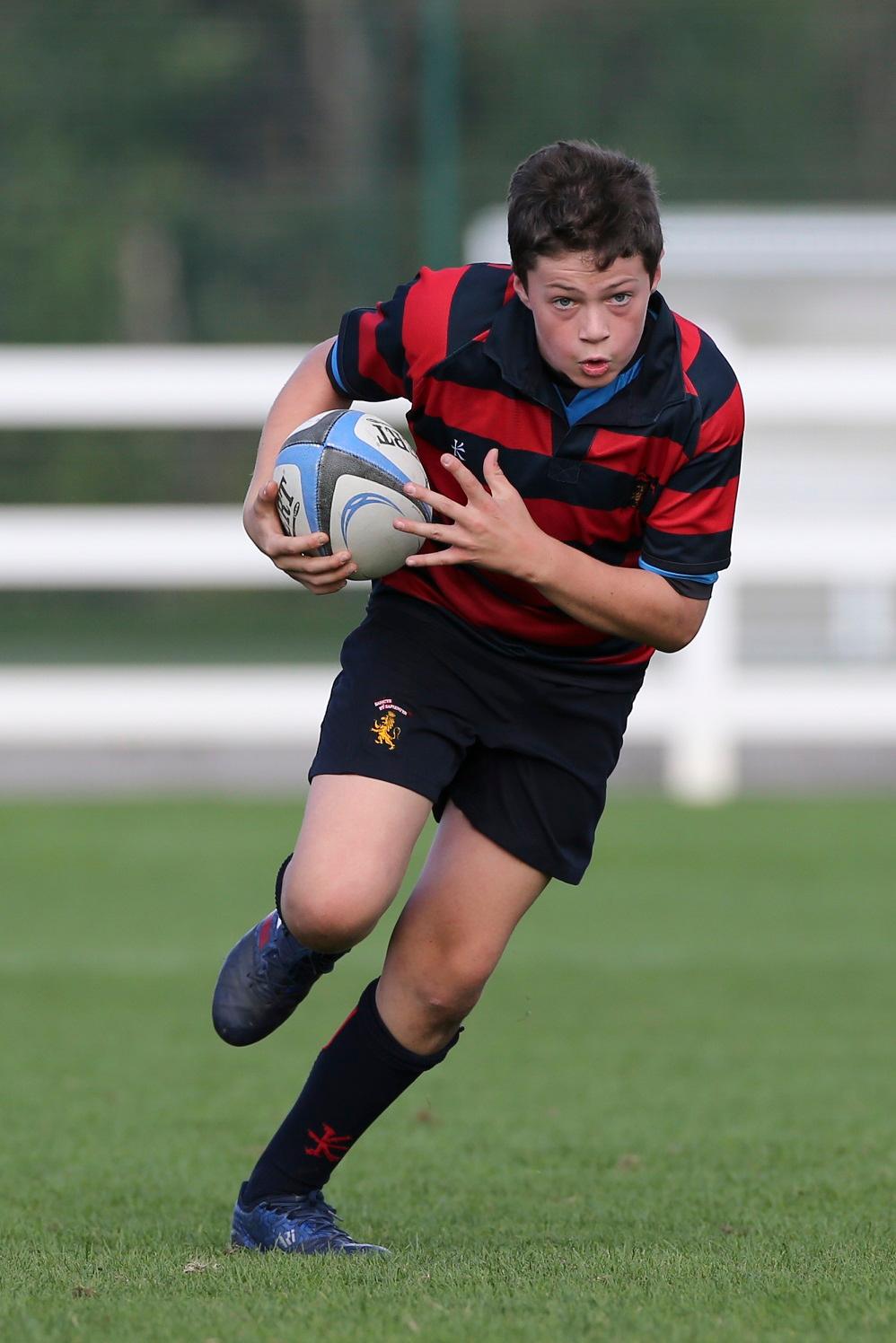 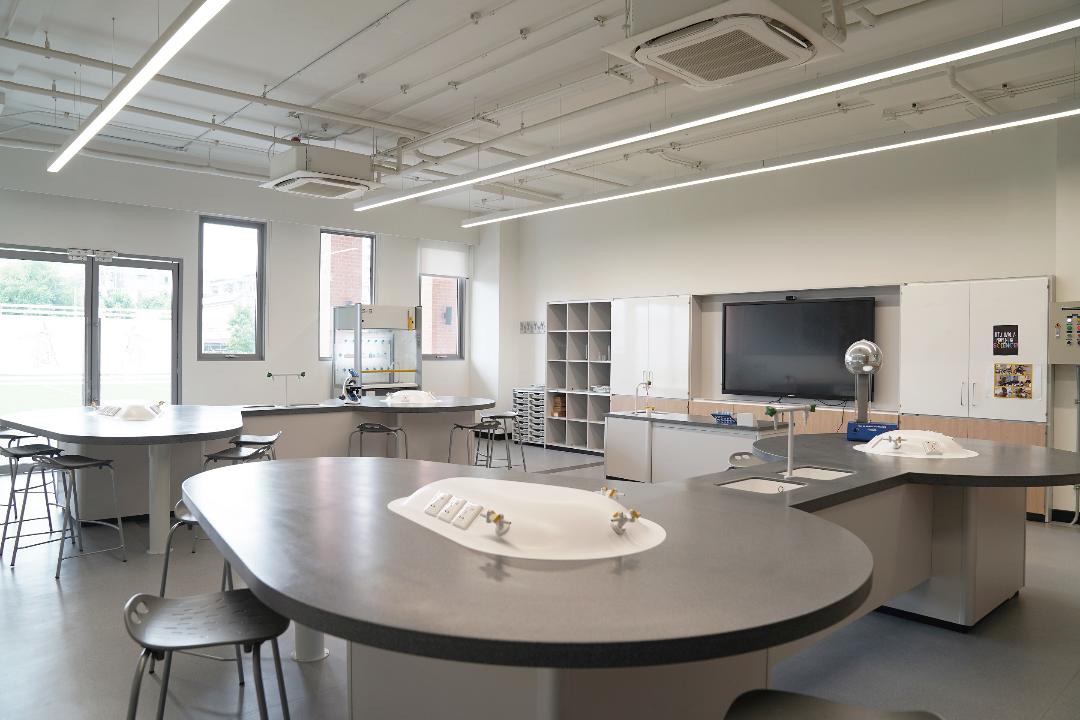