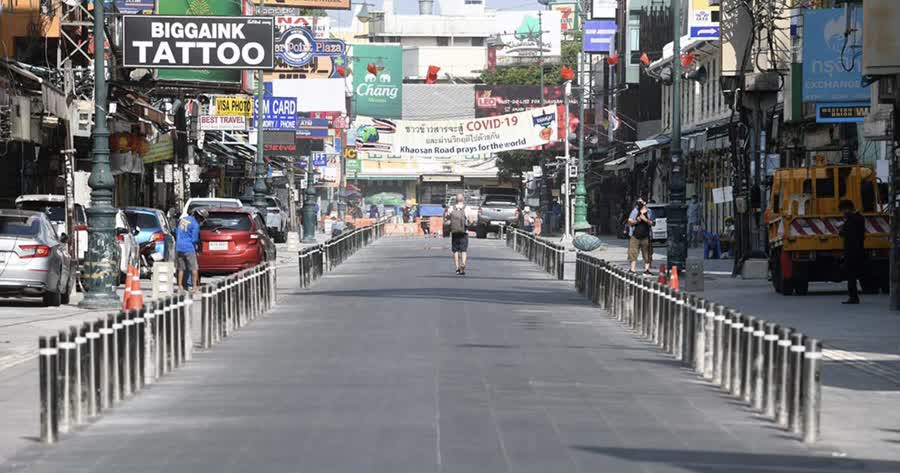 The famous Khao San Road will be closed for three days after ten tourists who visited the area during New Year were tested positive for Covid-19.

The Khao San Road Entrepreneurs Association announced the closure on Tuesday, saying that the patients were found from a cluster case in a restaurant on Khao San road. The announcement said that all restaurant staff has been tested and the results for the employees were negative.

Association president Sanga Ruangwatthanakul said businesses are told to conduct testing via the RT-PCT method and disinfect their venues before the reopening of the road on January 6. They have been asked to conduct more ATK tests on employees and only allow seating arrangements at a maximum of 50 percent of capacity in indoor areas and 75 percent for outdoor venues.

He added that screening checkpoints will remain at the entrance and exit when the street reopens on Friday. People who have not been vaccinated or have only had the first jab must present a negative ATK test result before entering the area.