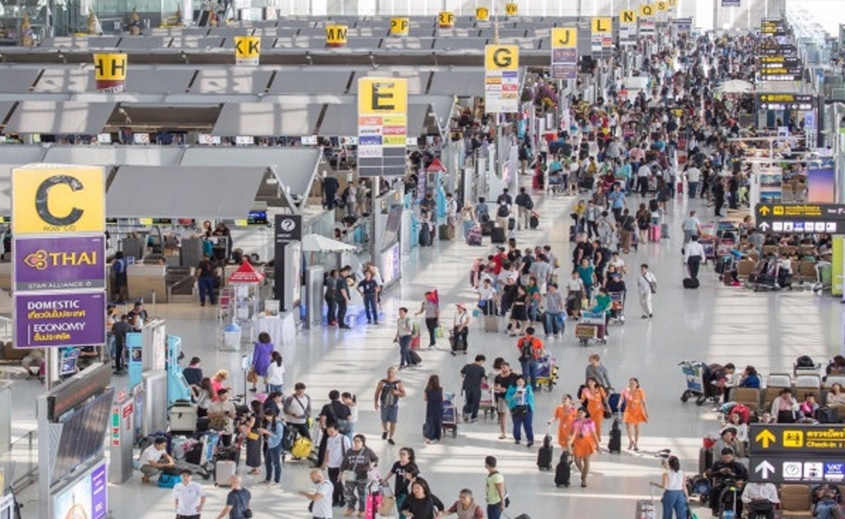 Speaking to reporters after chairing the CCSA meeting, Prayut said the Test & Go scheme will no longer be used from May 1 so as to make it more convenient for arriving foreign tourists.

“It will take effect on May 1 to make it more convenient to open the country to tourists as several countries have already eased their restrictions. This step bodes well for the economy,” Prayut said.

The prime minister explained that the abolition of the Test & Go scheme means foreign tourists would no longer be required to undergo expensive RT-PCR tests upon arrival.

Hotel and tourism operators have repeatedly called on the government to abolish the Test & Go scheme, saying other countries in the region have already lifted Covid-19 restrictions to boost their tourism while Thailand has been left behind.

“The measures which were considered today [Friday] will see easing of travel restrictions for land, marine and air transport,” Prayut said.

“It can be said Thailand is fully opened on May 1.”

The prime minister said the CCSA also reclassified Covid-19 zoning around the country, improving the status of most provinces.

The CCSA upgraded all 20 provinces in the Covid-controlled orange zone to high surveillance yellow.

The upgrade on Friday saw 65 provinces classified as yellow zones and 12 provinces as pilot tourism areas, or blue zones.

Prayut said the meeting emphasised the need to inoculate people who have not received Covid-19 vaccines yet or who have received just one dose.

The meeting resolved to have concerned government agencies speed up inoculation of children to provide them immunity against the coronavirus, Prayut added.

The prime minister said his government has been trying its best to contain the virus and he said several countries had complimented Thailand for its Covid measures.

“Although there are still new infections, the international community looks at our measures and the rate of people cured. Moreover, the number of people with severe conditions has gone down,” Prayut said.

“I would like to thank all agencies and the people for cooperating to make Thailand safe. Our situation is much better than those in several countries and they would like to exchange public health information with us.”

The prime minister said government agencies concerned will find out why the fatalities increased although the country has better preventive measures.

He said preliminary findings showed that those who had died of Covid-19 belonged to vulnerable groups or who had not been vaccinated or had not got two jabs.

“We must find out the exact cause of these deaths. Were they fully vaccinated? Were other diseases the main causes of their deaths? We are compiling statistics on these,” Prayut said.

When asked to confirm whether Thailand will be fully opened on May 1, Prayut replied: “Yes, May 1, which will be sooner than the original plan to open up on June 1.”

The prime minister added that the CCSA did not discuss the plan to downgrade Covid-19 to endemic status on July 1. He said the CCSA would gather more views on the issue first.