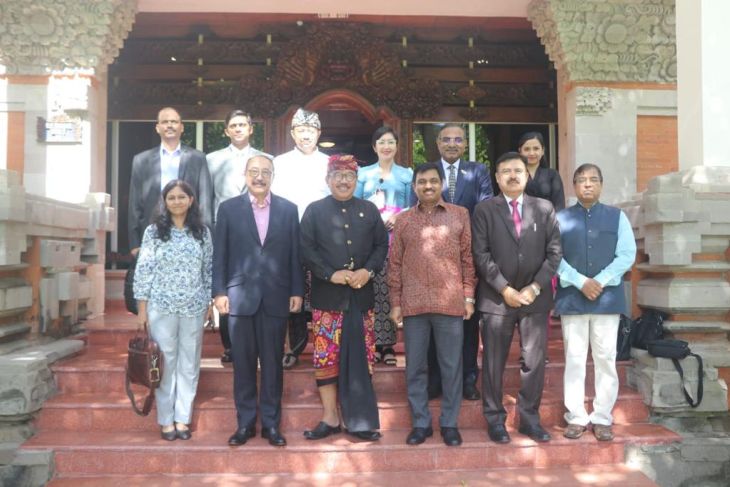 The Bali provincial government shared details regarding the readiness to hold the 2022 G20 Summit with the delegation of India, as the country will be next in line to assume the G20 Presidency.

Bali Deputy Governor Tjokorda Oka Artha Ardana Sukawati (Cok Ace) elaborated on the readiness of hotels being used during the G20 Summit in Bali to the coordinator of the  Indian delegation here, on Friday.

He noted that these parameters were efforts to prepare hotels in Bali to handle disasters, such as fires, riots, and natural disasters, during the G20 event and their readiness to evacuate guests with complete equipment in place.

In addition, security at those hotels was guaranteed with certificate from the Bali Police. Hotels and villas were also necessitated to have a Cleanliness, Health, Safety, and Environmental Sustainability (CHSE) certificate.

“Bali is a very well-known tourist destination. It is the right decision to hold the G20 Summit in Bali because it has adequate infrastructure,” Shringla stated.

The Indian delegation’s G20 coordinator remarked that the exchange of information with the Bali provincial government was necessary to help his side in preparing for the upcoming G20 Summit in 2023 in India.

Shringla also commended Bali for being able to cooperate with village officials to partake in securing the G20 Summit.