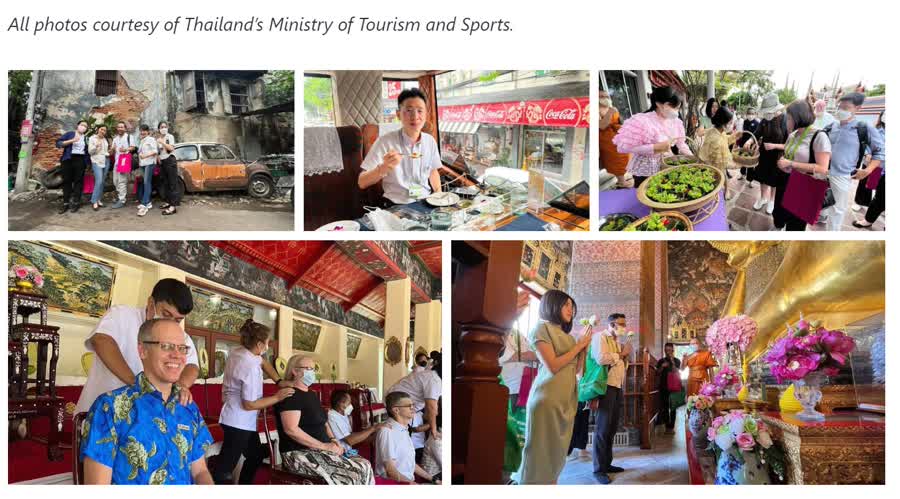 Thailand’s tourism scene is continually being reinvigorated, with the tally of foreign arrivals having now exceeded 4 million for the year. Relevant agencies are now considering tourism promotion measures that would attract travelers to the Kingdom for the rest of the year. The current target is to realize 10 million foreign tourist arrivals in 2022.

Prime Minister’s Office Spokesperson Anucha Burapachaisri said more than 4 million foreign tourists have entered Thailand this year. This figure is expected to rise to 4.5 million within this month. The top 5 origin countries of tourists entering Thailand are, in respective order, Malaysia, India, Laos, Singapore, and the United Kingdom.

Mr. Anucha said the government has been employing various measures in keeping with global developments as well as the domestic situation. These efforts are aimed at stimulating and reviving the tourism industry and related industries. At the same time, public health measures have been carefully implemented.

The spokesman said relevant agencies are rapidly considering tourism promotion measures for the rest of the year. This is so Thailand would be able to attract 10 million tourists for the whole of 2022, in accordance with the current target.