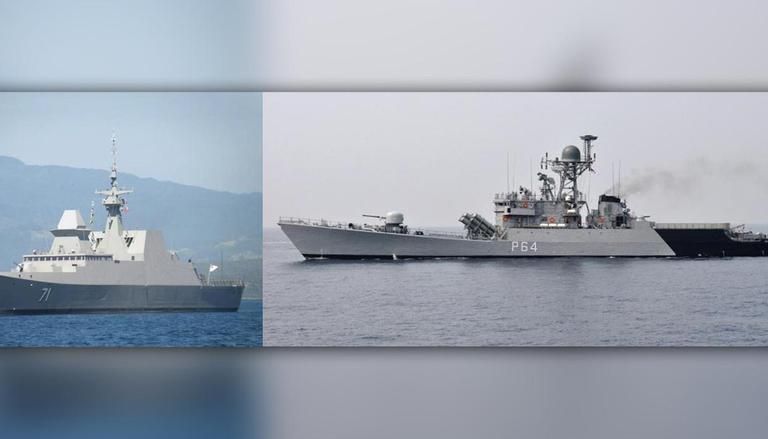 The 3rd edition of the Singapore, India and Thailand Trilateral Maritime Exercise (SITMEX – 21) commenced on Monday in the Andaman Sea off Indian coast

The 3rd edition of the Singapore, India and Thailand Trilateral Maritime Exercise (SITMEX – 21) commenced on Monday. The Trilateral Maritime Exercise will see the participation of indigenously built Missile Corvette Indian Naval Ship (INS) Karmuk. The two-day exercise is being held in the Andaman Sea and is being hosted by the Royal Thai Navy (RTN).

The SITMEX-21 which began on Tuesday is said to fortify the long-standing bond of friendship between the participating navies towards augmenting their overall maritime security. The 3rd edition of the SITMEX will see the participation of the Republic of Singapore Navy (RSN) that is being represented by a Formidable Class Frigate, the RSS Tenacious. The Royal Thai Navy (RTN) is also taking part in this event saw the participation of (HTMS) Thayanchon, a Khamrosin Class Anti-submarine Patrol Craft.

INS Karmuk, a 1,350-tonne guided missile corvette, in active service with the Indian Navy will represent India at this annual event. The two days of SITMEX will witness the Singapore, India and Thailand navies engage in various tactical exercises including naval manoeuvres and surface warfare drills.

The maiden edition of SITMEX was hosted by IN off Port Blair in September 2019, which was a five-day exercise held at Port Blair, Andaman and Nicobar. Indian Navy’s Ships Ranvir, a Missile Corvette, Sumedha, a Guided Missile Destroyer, Kora, and an offshore Patrol Vessel participated in the exercise. The Singapore Navy’s Guided Missile Stealth Frigate ASN Tenesus, Thailand’s Guided Missile Frigate HTMS Kraburi were a part of the first edition. Republic of Singapore Navy (RSN) hosted the second edition of the exercise in November 2020. It is pertinent here to note that INS Kamorta and INS Karmuk took part in the second edition.

Trilateral Maritime Exercise – SITMEX is an annual event that was conceived in 2019. The exercise aims to enhance mutual inter-operability and imbibing best practices between the Indian Navy (IN), RSN and RTN. The exercise is being conducted as a ‘non-contact, at sea only’ exercise in view of COVID-19 restrictions and highlights growing synergy, coordination and cooperation in the maritime domain between the three friendly navies.