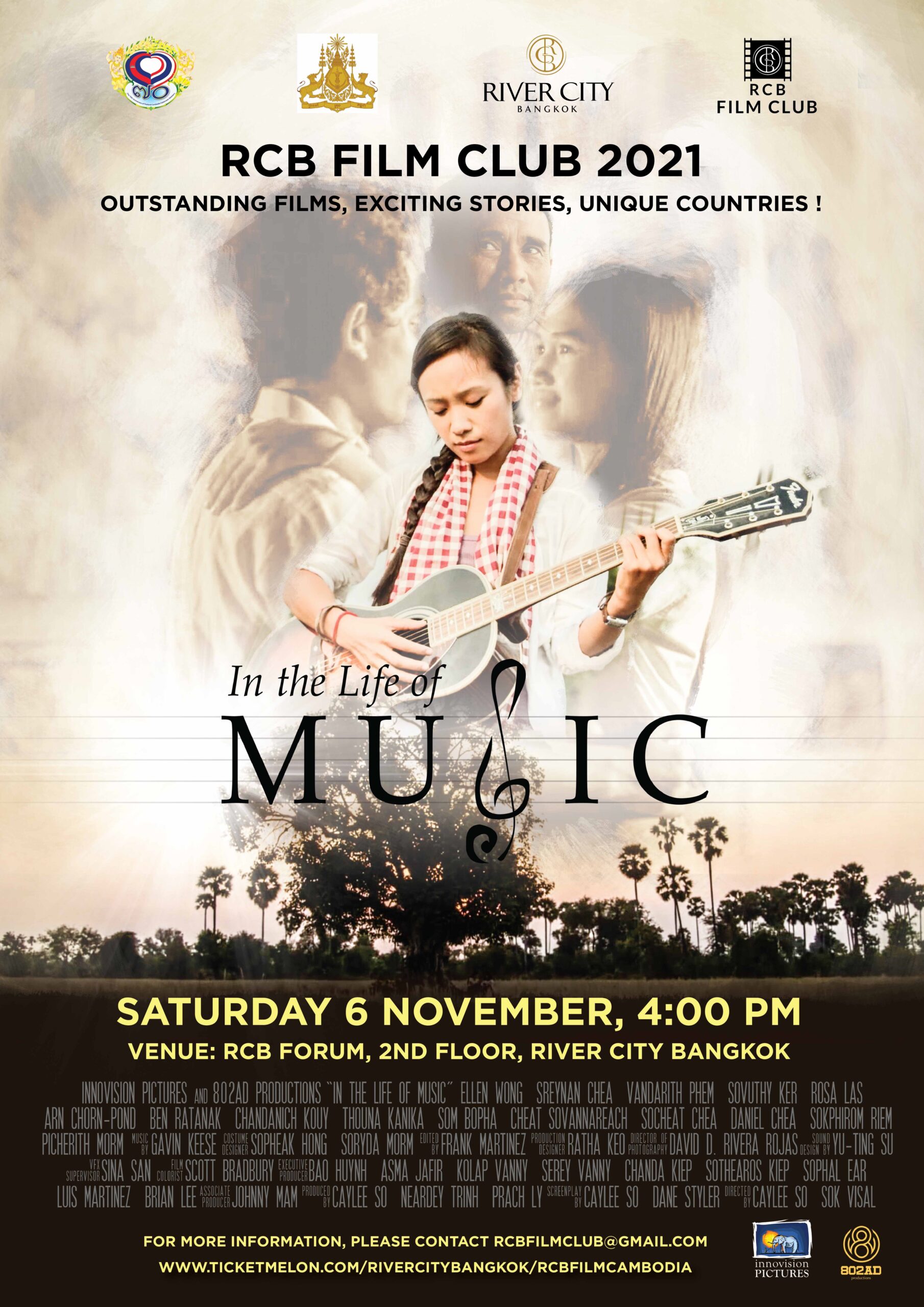 Our much-postponed second film of 2021, is a moving and memorable tale from Cambodia-‘In
the Life of Music.’
It’s a film that connects the social, political, cultural history of the country, through its most famous
song Champa Battambang, written by Sinn Sisamouth, often called the King of Khmer Music.

The song connects three segments of the film, which portray the lives of three generations of Cambodians, and through them, explores the country’s tumultuous genocidal history.

The film opens with a young Cambodian-American girl, Hope (played by the talented CambodianCanadian actress Ellen Wong), who re-connects with her homeland for the very first time since her birth. Her views and reactions as she moves around the city and countryside, are the typical expat’s responses, and in many ways are reflective of the film-director Caylee So’s life and thoughts. Like Hope’s mother, Caylee So was a refugee-child who escaped to the US after the Khmer Rouge regime. She went to film-school in America, and returned to her homeland many years later. She made this film, together with co-director Sok Visal. 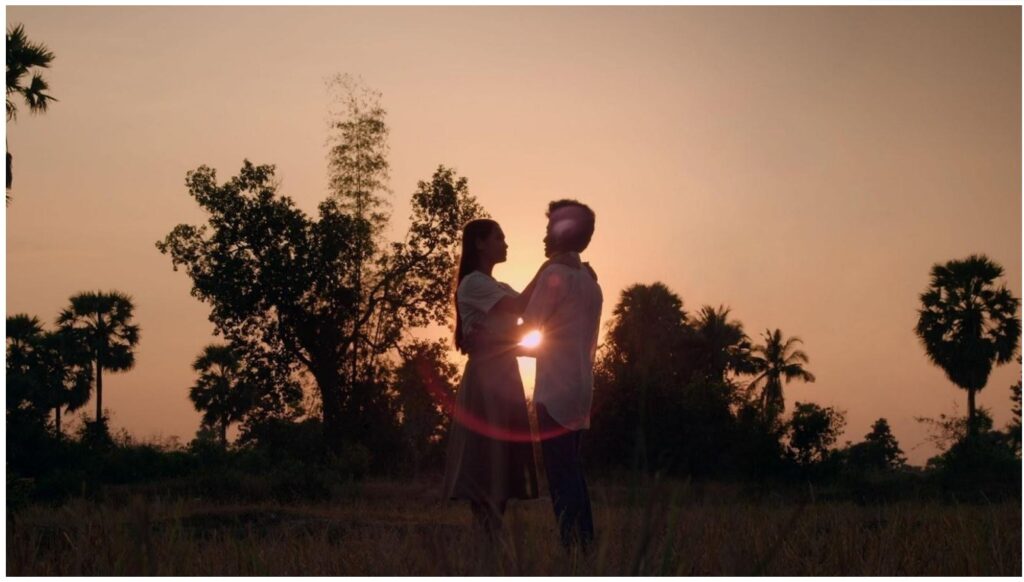 The second part of the film traces the love story of Hope’s parents: how they met, fell in love, had
their first dance to the tune of Champa Battambang.

The third story deals with the Khmer Rouge era, where Hope’s parents were entrapped, like
millions of other Cambodians, under the grip of a genocidal regime. Amongst many characters,
the young child-soldier, is striking.

It is when Hope finally meets her mother’s best friend, picks up the guitar, and sings the famous
song, that she finally feels the full weight of this circular story, and her own place in it.

To quote Director Caylee So “Music is the universal language that crosses barriers, time, and can
re-connect us.”

In the Life of Music won awards and accolades in Asia, Europe, US, and was the country’s Oscarsubmission in 2019.

What the Critics said:
Hollywood Reporter: ‘In the Life of Music tells the before, during, and after, stories of a loveaffair, set in 1968, 1976 and 2007. The stories are connected by Cambodia’s most famous song
Champa Battambang.’

Asia Movie Pulse: ‘What makes In the Life of Music such a satisfying experience to watch, is due
to the understanding and depiction of Music as a key element to what makes us human,our
struggles,and our moments of happiness.’

We thank the Embassy of Cambodia for supporting the film event.

The Ambassador of Cambodia, H.E Ouk Sorphorn will introduce the film.

*ALL COVID ISNTRUCTIONS WILL BE STRICTLY FOLLOWED.

*MASKS ARE NECESSARY THROUGHOUT THE FILM-SCREENING.

*Hand Sanitiser will be provided at the entrance.

*If you feel unwell, please do not attend the screening.

*If anyone tests Positive to Covid, after attending the film-screening, kindly inform RCB
immediately, as this concerns the safety of the whole auditorium.

* Due to Social Distancing, the seating is very limited, and is only half-capacity.*

Please show your receipt or QR code at the entrance.
NOT MORE THAN 2 SEATS ALLOWED, PER PERSON.