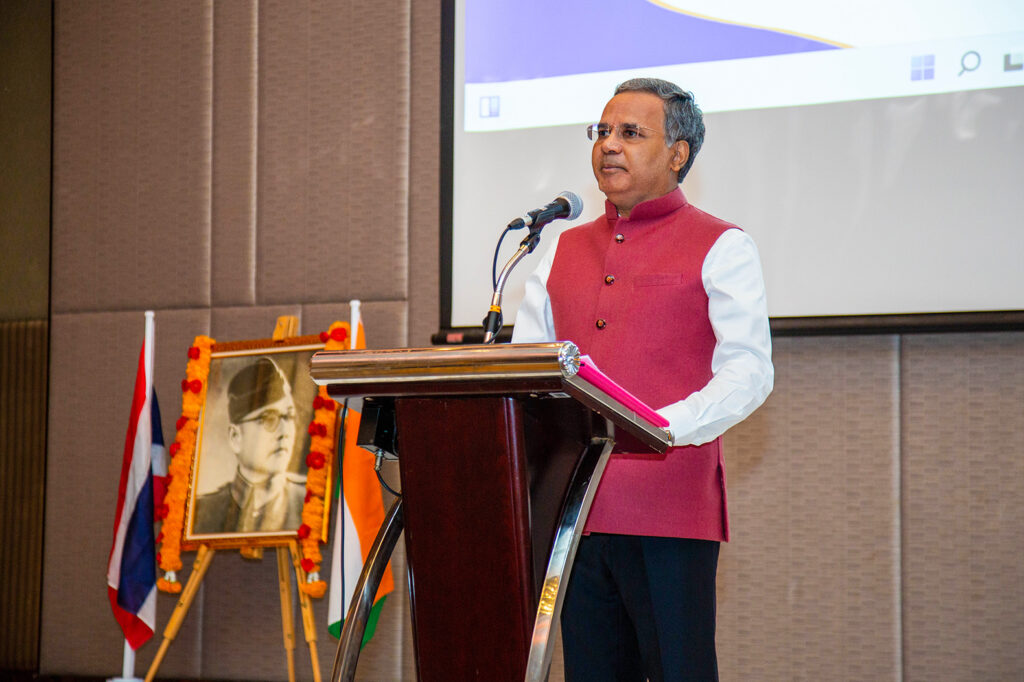 On January 23, 1897 a great hero , patriot and a selfless leader of undivided India was born, who is popularly known as Netaji..When we remember the glorious history of India’s freedom struggle, the name of Netaji Bose is marked in golden letters. His name is edged in the hearts and minds of every Indian.

Mr. Sunil Kothari who is a social inspiration and a well known philanthropist pays tribute to the greatness of Netaji Subhash Chandra Bose and his significant contribution towards the independent India who devoted his entire life to his country, so that his fellow brothers and sisters breathe the air of freedom, liberty and dignity.
Netaji’s patriotic feelings may be understood by this famous quote…
“You give me your blood and I will give you freedom”
These were not ordinary words but these were words that energized an entire nation. One individual may die for an idea, but that idea will, after his death, incarnate itself in a thousand lives. It is blood alone that can pay the price of freedom.

Sunil kothari spoke of Netaji’s valour and courage..He said the path on which Netaji was fearlessly treading with determination to free Mother India completely from the slavery of the British was not an easy task . He praised Netaji for his selflessness and courage and saluted this revolutionary for sacrificing his life and everything for the freedom of Azad Bharat.

He finally concluded by mentioning that Netaji’s patriotic spirit continues to inspire generations of Indians across the length and breadth of our Motherland.The life of great men is a constant source of inspiration for all and the day when the entire truths of Netaji’s life will be highlighted and revealed to the people, we will consider it to be our true service and tribute in the true sense to this great hero of all times.
Jai Hind🙏

Sunil Kothari (Born November 9, 1962) is a well-known businessman and generous Philanthropist both in India and Thailand.

Sunil Kothari is the Chairman of Flawless Co., Ltd. In Thailand established in 1985.