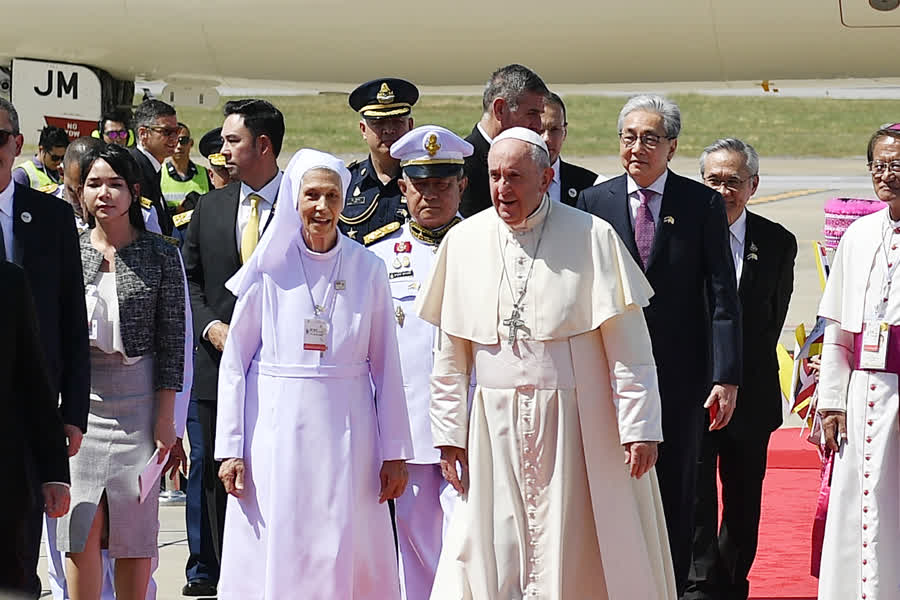 A 21-gun salute was performed during the reception ceremony. Before leaving for the Apostolic Nunciature of the Holy See on Sathorn Road, the Pope greeted people, including children of ethnic minorities, who had gathered at the airport.

This is the Pope’s third visit to Asia and 32nd visit to a foreign country. It is also the second visit of a Pontiff to the kingdom in 35 years. Pope John Paul II visited Thailand in 1984.

In response to leading supermarkets in the Un

GET IN TOUCH
GET IN TOUCH
You have not filled all fields
Your message is being processed, please wait
Comment successfully sent
Captcha failed to verify
Sending failed, try again later
Ask anything about our services and we will reply to you soon as possible
Powered by thedigitaliving.com
Updates on the Covid-19 situation in Thailand from trusted and official sources. https://bangkokscoop.com/
Accept