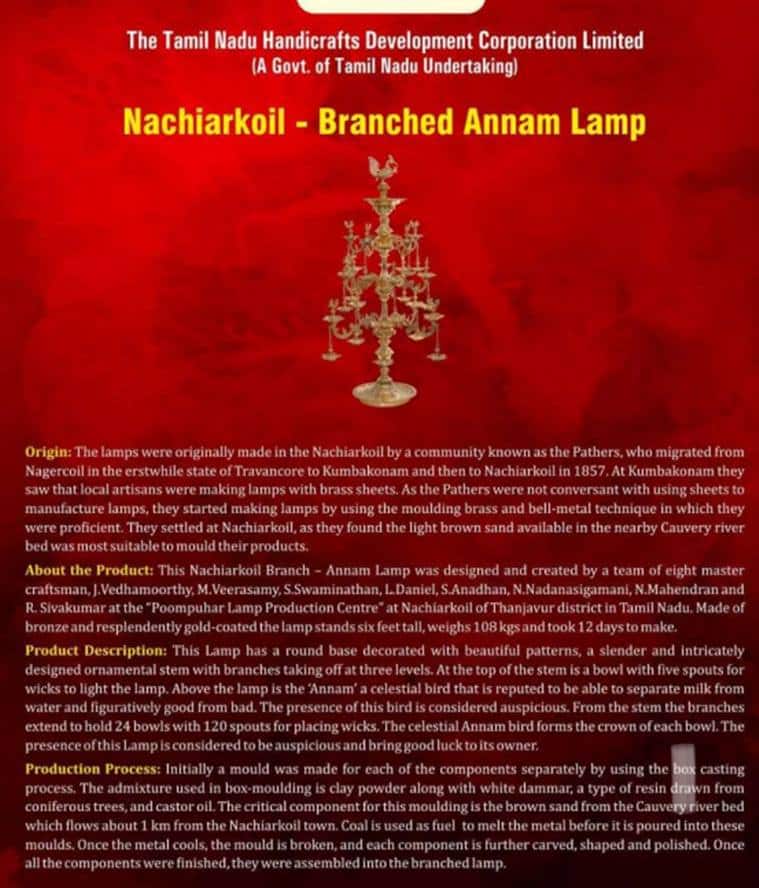 MEA Spokesperson Raveesh Kumar shared pics of both the leaders standing together at Krishna’s butterball, a gigantic granite boulder sitting firmly on the slope of a hillock in Mahabalipuram.

Modi-Xi summit in Mahabalipuram Live news updates: Prime Minister Narendra Modi met Chinese President Xi Jinping at Mamallapuram (Mahabalipuram) Friday and both the leaders attended a cultural programme at Shore temple in the coastal city. A two-day informal summit between Xi and Modi is underway, beginning today. Mahabalipuram is some 50 km away from the Chennai. Earlier, the Chinese President received a warm welcome at the Chennai airport where he arrived in the afternoon. The two leaders are expected to discuss the new and updated confidence-building measures (CBMs) along the border and trade, among other things.

Sources told The Indian Express that PM Modi is likely to speak about the recent developments in Jammu and Kashmir only if it is raised by Xi. He is likely to explain the reasons and nuances behind Delhi’s decision while conveying that Beijing has to be “sensitive” to India’s core concerns.

Modi and Xi are also likely to discuss the issue of terrorism. This is significant because the Financial Action Task Force, under China’s presidency, is slated to meet from October 13 to 18 and take up the issue of Pakistan’s blacklisting. Sources said India will expect China to consider the case “objectively”.

A traditional south Indian spread, including the trademark sambhar, was part of the menu for Narendra Modi and Xi Jinping on Friday when the Indian Prime Minister hosted the Chinese President for dinner on their first day of their second informal meet here. According to available information, the two leaders will be treated to a sumptuous dinner, comprising sambhar, a mouthwatering south Indian recipe made of lentils and also a favourite of the Tamils, besides other delicacies.

‘Arachu vitta Sambhar’, prepared from grounded lentils, certain spices and coconut to make it that much tastier was touted to be the key attraction in the menu. The meal will include ‘thakkali rasam,’ made of tomato and ‘imli’ and ‘kadalai (chick pea, generally) korma’, besides halwa as the premier dessert. Further, the Chinese President is also likely to be treated to a select non-vegetarian delicacies. PTI 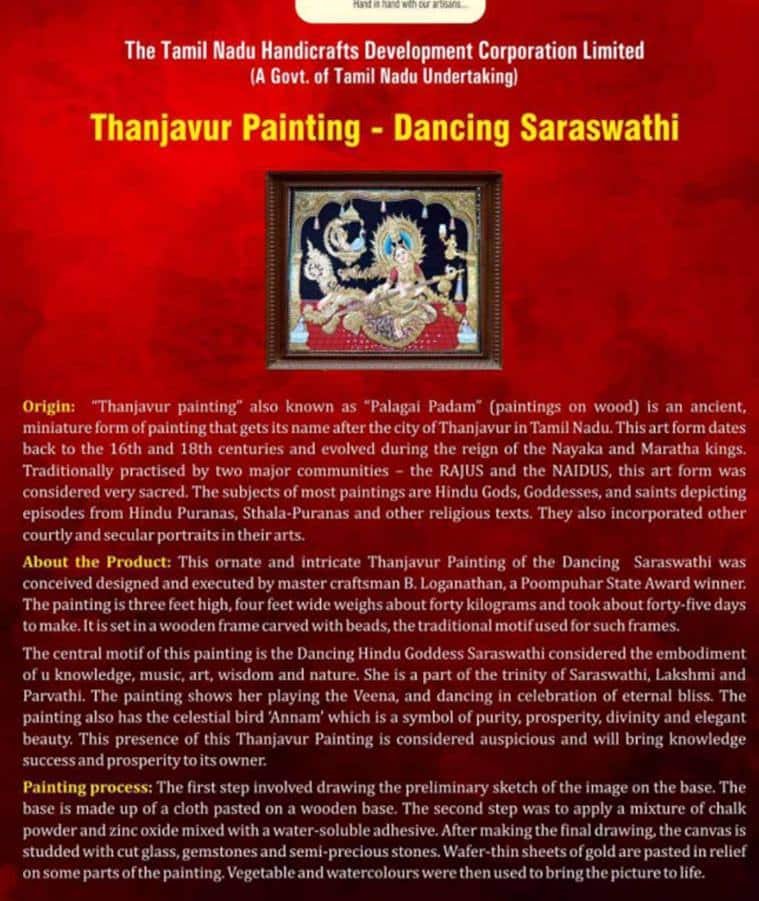 MEA Spokesperson Raveesh Kumar shared pics of both the leaders standing together at Krishna’s butterball, a gigantic granite boulder sitting firmly on the slope of a hillock in Mahabalipuram.

Standing together and tall!

PM @narendramodi and Chinese President Xi Jinping at Krishna’s butterball, a gigantic granite boulder sitting firmly on the slope of a hillock. #ChennaiConnect 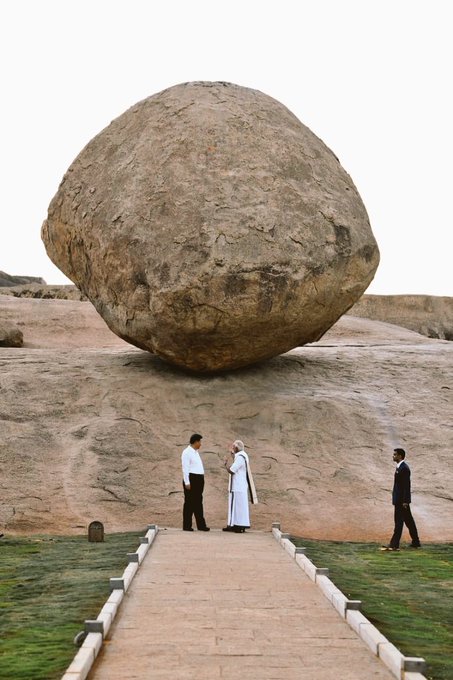 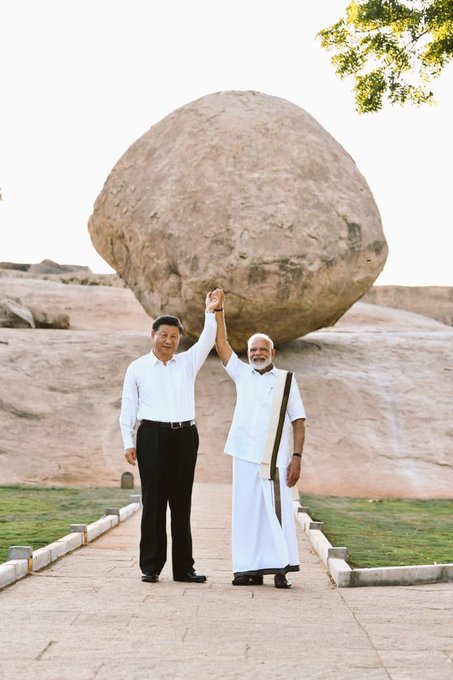 302 people are talking about this

In the backdrop of the seventh century monument of Pancha Ratha, overlooking the Coromandel Coast of Bay of Bengal, Prime Minister Narendra Modi and Chinese President Xi Jinping on Friday took a stroll and sipped fresh coconut water in a relaxed informal setting, creating positive atmospherics in bilateral ties strained over the Kashmir issue. Dressed in a Tamil attire of Veshti (dhoti), white shirt and an angavastram, Modi played the perfect host and took Xi for a guided tour of the famous world heritage sites of Arjuna’s Penance, Krishna’s Butterball, the Pancha Ratha and Shore temple.

The prime minister explained to the Chinese leader the historical significance of the monuments and Xi, wearing a white shirt and black trouser, was seen showing keen interest in the seventh century monuments built during the Pallava dynasty in this coastal town which had historical links with China’s Fujian province. PTI

The most heated wrangling over the title of

People advised to protect themselves against COVID-19 during holidays

The Department of Disease Control (DDC) has ad