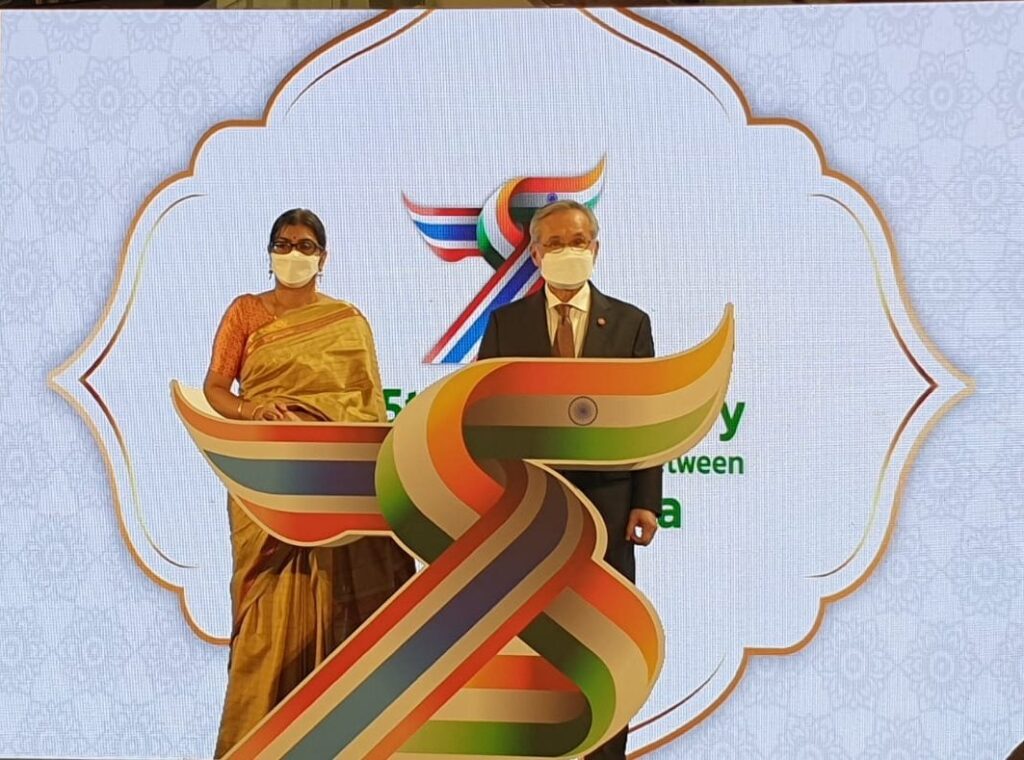 As part of celebrations of the 75th anniversary of the establishment of diplomatic relations between India and Thailand, a logo design contest was co-organised by the Embassy of India and the Ministry of Foreign Affairs of the Kingdom of Thailand. The contest was launched on 12 January 2022. A total of 798 entries were received from India and Thailand.

A logo unveiling ceremony was held today in Icon Siam Mall, Bangkok. H.E. Mr. Don Pramudwinai, Deputy Prime Minister & Minister of Foreign Affairs of the Kingdom of Thailand and Ms. Suchitra Durai, Ambassador of India to Thailand, jointly presided over the logo unveiling ceremony and felicitated the winners of the logo design contest.  Around 50 dignitaries and guests, representing the Thai Parliament, Thai government, diplomatic corps, Indian Daispora, businesses and media, attended the ceremony. The winner of the logo design contest, Ms. Chanida Hengkhuntod, was awarded with a cash prize of THB 50,000. The 1st runner up, Mr. G. Shashidhar Reddy, who is based in Hyderabad, was awarded with a cash prize of THB 32,000 and the 2nd runner up Mr. Somchai Nilkaew, was awarded with THB 16,000.

The celebrations included two cultural performances, one each from the Indian and the Thai side. A photo exhibition showcasing 75 years of diplomatic relations between India and Thailand was also organised on the sidelines of the ceremony.