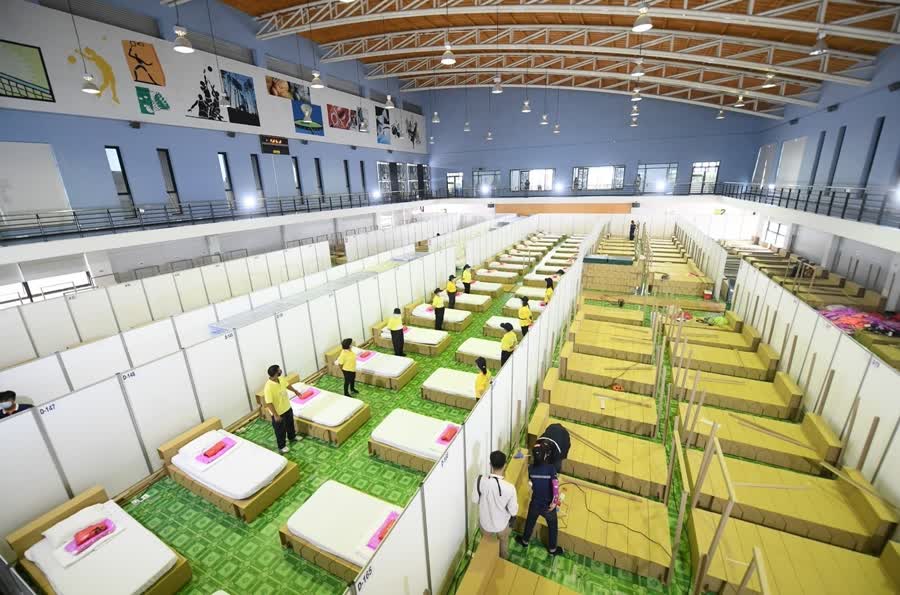 Authorities have instructed all provincial governors to prepare for a new surge in COVID-19 infections.

According to Thanakorn Wangboonkongchana, spokesperson for the Prime Minister’s Office, Prime Minister Gen Prayut Chan-o-cha has ordered governors to stand to enforce disease control measures in a new fight to prevent and contain the virus. People with mild symptoms will be isolated at home or in their community with support from the National Health Security Office (NHSO) through its home- and community-based isolation program for patients, while state-run healthcare facilities will prepare staff for an increase in the number of new patients who need medical treatment.

Provinces have tightened measures to contain the spread of the coronavirus pandemic. In Ubon Ratchathani province, provincial governor Phongrat Phiromrat asked residents to avoid going out between 11:00 PM and 4:00 AM, imposing lockdowns in five villages in Na Yia and Nam Khun districts for 14 days due to an increase in local cases.

Chiang Mai officials have ordered the closure of 23 pubs and restaurants for three days after it was discovered that they posed a potential danger for spreading COVID-19. Following the suspension, these companies must have their employees tested every three days and are only allowed to serve alcohol in open-air venues.

Police and municipal officials in Pattaya City of Chon Buri Province have meanwhile initiated evening patrols to ensure that nightclubs and restaurants comply with control measures. Meanwhile, officials in Khon Kaen Province have established three new field hospitals and have prohibited the sale of alcoholic beverages in all districts.

Additionally, the Bangkok Metropolitan Administration (BMA) has opened 41 community isolation centers, which could facilitate more than 5,000 patients. Although the BMA has not requested citizens to avoid going out at night, officials have urged members of the public to follow regulations and report any eateries that fail to meet the government measures.